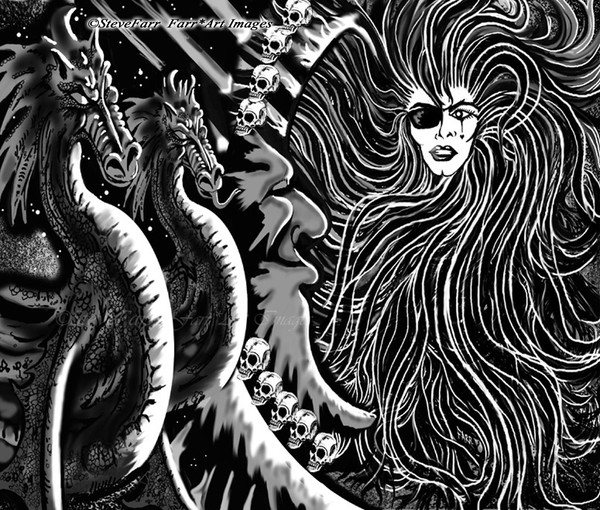 In Greek mythology, Circe was the witch goddess or enchantress on the island of Aeaea, who detained Odysseus and turned his men into swine. This artwork was influenced by that story............I took my interpretation of this encounter to an intergalactic level, where Circe is depicted as a living planet and this is the menacing site as the men approach her orbit!!

This is so cool. ~Sly

:)) Hard to find a picture of yours that I haven't commented on. Never mind, I made a great tour through your gallery again. Just wanted to say: HAPPY BIRTHDAY STEVE!! HAVE A SMASHING DAY!! :D

Fascinating and very impressive ! What a lot of time you put in your work ! Excellent done !

Artist Reply: THANKS so much, Sig!! It doesn't seem as long when I'm usually working on two or three images at one time!! LOL!! I just keep going back to it till its done!! ;-)

This is awesome Farr, great work!