The Small Fishing Village of Atrani 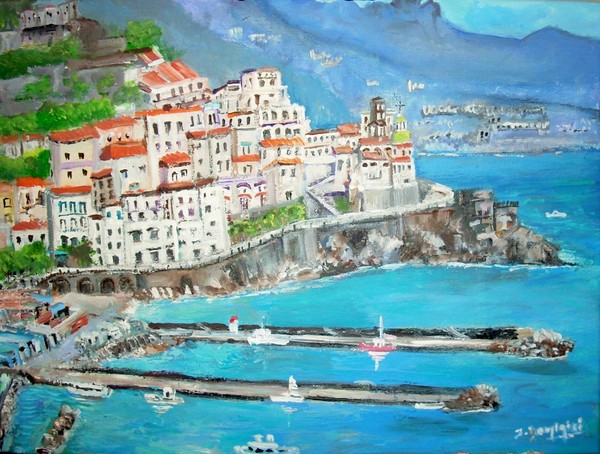 The village of Atrani, located adjacent to the village of Amalfi, it is the smallest comune in Southern Italy. The perfectly preserved medieval village is dominated by a magnificent Baroque cathedral that enjoys some of the most breathtaking panoramas in the region. Atrani still retains its roots as an ancient fishing village. The stone-paved paths between Atrani's houses ascend from the "Piazza" towards Monte Aureo and Monte Civita where the village was built and carve themselves a niche among the two rocky hills, the Dragone river and its quiet beach. Houses face directly on the beach, and then gather around the square with the church of San Salvatore and the stone fountain, rising finally to the valley and climb along the rocky slopes of the hill, cross the gardens and crops lemons. http://www.dominicistudios.com/