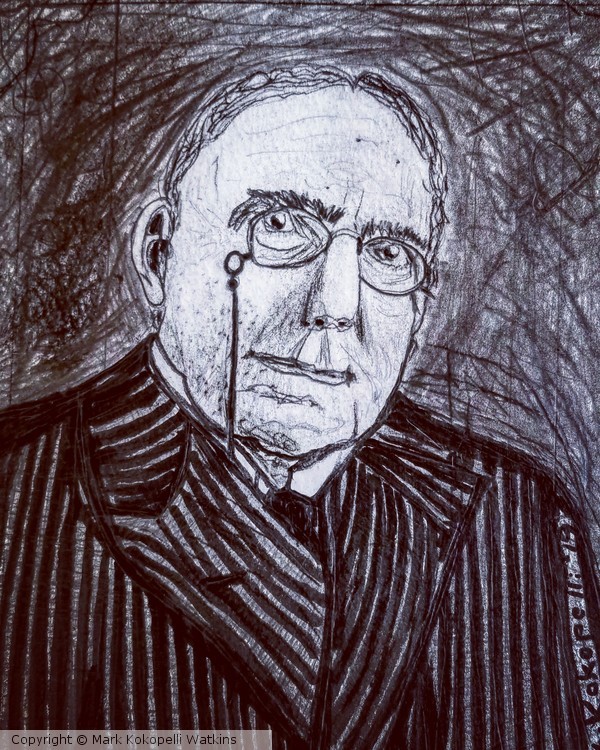 The Poet from Indiana called, the "Hoosier Poet,"...art piece created on Watercolor paper. He was a very ambitious poet, that felt he wasn't getting a fair shake from publishers and newspapers!

Mark.. such a , marvelous portrait. Great work... Thanks for visiting. Greetings from Nira Dabush.

Artist Reply: Thank you very much for your wonderful compliment and support I love your art style!

I know a few artists who feel they aren't getting a fair shake either, Mark. Time will out, as they say. He actually did pretty well considering he had some trouble refusing the bottle when offered. I have a book of his poems. Most of his output was written in dialect. As such, he isn't read much these days. Of course, one might ask, who exactly reads poetry at all in this age of triviality? Hope you are on the mend, BTW. :)

Artist Reply: Thanks for reminding me of his importance to Hoosiers, poets and people just trying to make in the world with their many talents. Thus, I changed the title of this piece, brave art colleague and friend!!