My grandfather was a lightmaker 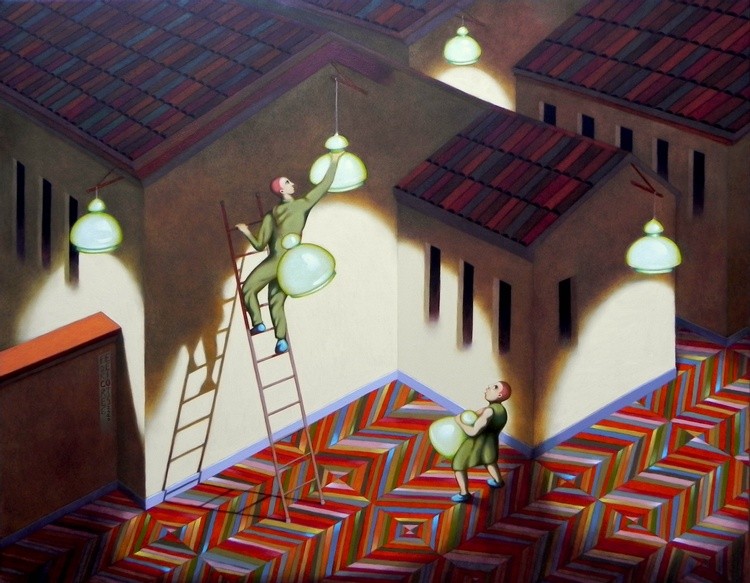 Oil on canvas, 90 x 70 cm, 2020. Every family has its own legends. Those of my family are centered on the figure of my grandfather. My grandfather made his living by inventing a thousand jobs: he was a blacksmith, but also an electrician, carpenter, handyman ... In his small village of origin, before the war, public lighting had not yet arrived. He was asked to build a street lighting system, he did it. As a boy, I often fantasized about helping him in this enterprise, which would have been impossible, because he died before I was born. But I liked to imagine myself carrying these big heavy lamps between the houses and the courtyards, where, in reality, some of those that he built are still working!

A Portrait of Someone art from the heart Market Your Art