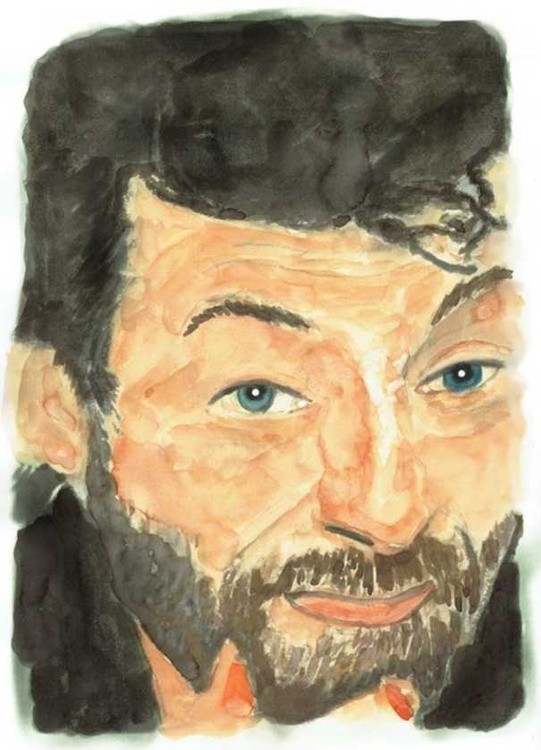 Andrew Clement Serkis (born 20 April 1964) is an English actor, director, and producer. Best known for his work in performance capture, animation, and voice acting, Serkis is the recipient of numerous accolades, and is one of the highest-grossing actors of all time. After acting in several minor roles primarily on British film and television, Serkis achieved fame after he played Gollum in The Lord of the Rings film franchise (2001–2003). He then starred in the comedy 13 Going on 30 (2004) and portrayed the titular character in King Kong (2005). Serkis then appeared in a range of genres, including the thriller The Prestige and the animated comedy Flushed Away (both 2006), and portrayed serial killer Ian Brady in Longford (2006) and musician and actor Ian Dury in Sex & Drugs & Rock & Roll (2010), for which he received a BAFTA Award nomination for Best Actor in a Leading Role. A4 paper with watercolour paint a difficult likeness to get as he has so many looks