I am an attorney by business day, horse care-taker in early morning and evening hours, gallery owner and artist whenever, and ranch manager and rider on week-ends. One day about five years ago, during business hours and while holding on a telephone call for another attorney, I was at my computer looking around at the various programs it offered. As my days are pretty congested, I seldom had time for computer wandering. That day I found a program that I later learned was on almost all computers called simply “Paint.” I clicked it on, and got a small blank screen with some utensils shown on the left and a color chart below. I clicked some more and found a pencil that I could draw with. Neat, I thought. So I drew a little picture and by the time the attorney finally got back on the line I had discovered how to add “fill”, and paint the picture. After that experience, I never minded holding or even talking on the phone (with some attorneys, total attention was not required), as I could use the Paint program while still ostensibly working. I began with horses because they have always been what I drew as a child or growing up. Life has a way of getting in the way of spare time, and I relegated any drawing that I did to moments in between other things. I used to win coloring contests as a child, because I was always very exact. I used various pencils to draw with, mostly black and white, and the finished product looked as life-like and realistic as I could make it. I never understood modern art, never had an opportunity to work with color, and never had the time or money to try. I decided back, as a child, that when I grew up and got old (I had in mind about age 35!) that I would try to paint. That never happened, though, because my work became all-consuming, and my horses and my other loves, music and sports, took up what other hours were available in the day and night.

So, “Paint” on the computer was a huge and exciting discovery for me, because it meant that I could produce a little picture literally in seconds or at the most, minutes. It also opened up the world of color without having to be able to afford the luxury of buying the materials and having the time or know-how to use them. I never had any art instruction except in the art classes that were mandatory in school, where we wove potholders, made clay figures, and splashed watercolors around. What a liberation to be able to click and have background color, another click, and have foreground color, another click and do clouds or sky. At first I was trying to do what I had always done, draw and then “color” in the drawing. But after a while I began to try all sorts of new things- and got away from trying to make them look “real” but instead trying to make them fun- more of a folk-art approach. I was having a ball on “Paint!”

When I opened my on-line gallery four years ago for Native American Art and Artifacts, Spirit Horse Gallery (www.spirithorsegallery.us) , I had a small collection of landscape paintings that I though might be suitable for note cards in sort of southwestern themes. I have since expanded that selection with paintings of Kachinas and animals, and sell these cards from my website. I also began including a few cards with client’s purchases as a thank-you for their business. From that I got orders for more cards. It was thrilling to find that people actually wanted to buy my fun little computer art cards. Occasionally I have people who ask what other subjects I do, and I’ve sent them orders for horse cards, occasional cards, etc. I’ve also put these paintings on T-shirts. From my first click to selling art on the internet was, I thought, a miracle. My favorite subjects are still the horses- I have eight of them. I have a stallion named Duke that I ride, breed, and compete on in dressage. A former racehorse, he has done just about every discipline with me, and is the subject of several paintings. I hope to someday retire from full time work and have the time to see if clicks can be translated to a paint brush and palette. For the moment, though, my style of folk-art primitives has given me an artistic liberation that I would have never achieved with pencils, and I say, thank you, to whoever invented the Paint program! It opens up whole new possibilities for frustrated artists who have to make a living doing something else and have precious little time to spare for their art.

Carole K. Boyd was formerly a full time professional musician, songwriter, actress, tennis pro, pilot, and to this day still engages occasionally in live musical performances, in writing songs, and in teaching dressage lessons. She practices law as a sole practicioner in civil law in Medina, Texas at her ranch where seven of her horses, two sheep, four dogs and eight cats reside. After hours she does artwork! 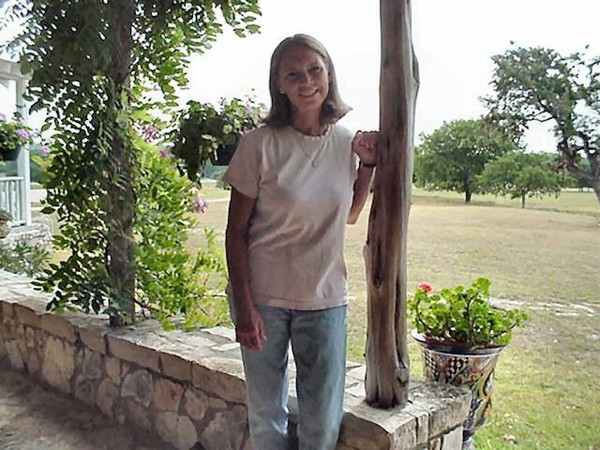