Mughal Treasures from the court of Shah Jahan 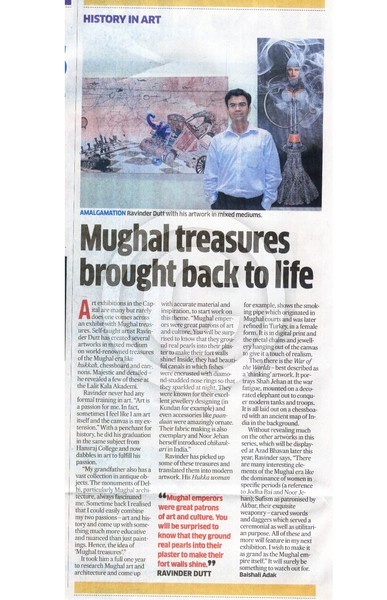 Whoa, whatta description...like some kind of a mind-map-collage!! Would really luv to see your (I am sure; fabulous) Mughal-inspired art-exhibition: Do you have it available online somewhere?

Artist Reply: the exhibition was fabulous, do check the collection here in the link http://www.deccanherald.com/content/266710/mughal-treasures-brought-back-life.html rather this was a curtain raiser for my solo show featuring all the 9 jewels of the mughal court, which were not looted from Delhi .... http://dailypioneer.com/vivacity/82551-hooked-on-hookahs.html and the TV coverage on the national channel