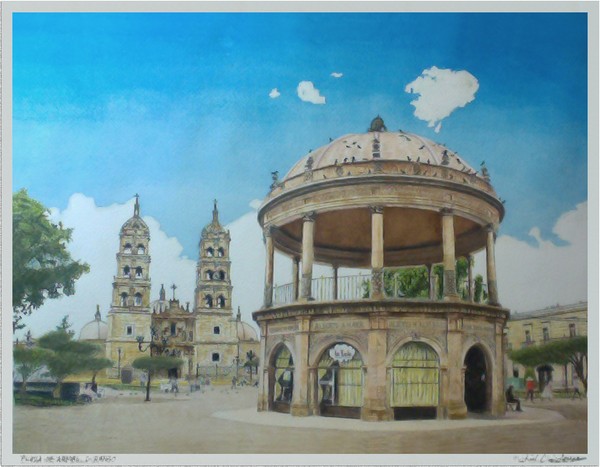 The Plaza de Armas (Literally "Weapons' Square" but better translated to Parade Square or Parade ground) is the name for the main square in many Hispanic American cities. In Mexico this space is known as El Zócalo. Most cities constructed by the Spanish conquistadores were designed on a standard military fashion based on a grid pattern, taken from the Roman castrum, of which one of the blocks would be left vacant to form the Plaza de Armas. It is often surrounded by governmental buildings, churches, and other structures of cultural or political significance. The name derives from the fact that this would be a refuge in case of an attack upon the city, from which arms would be supplied to the defenders.

Artist Reply: I am touched by your kind words.