Stoneheads, one story from World of Fantasy, amateur drawing, for sale 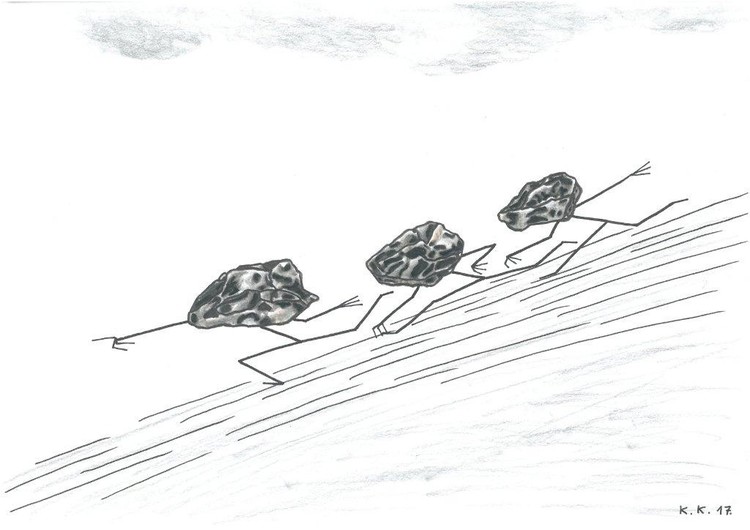 Guardians of Fantasy World many times are inspected several locatios in a Fantasy World where there are Mountains crazy stones, suspecting that attacks Stonheads coming just from these places. Such inspections were unsuccessful, a pile of stone boulders did not show signs of life, and the claim that Stoneheads existed in a state of deadness was reinforced. Probably over a period of time, fed with some sort of demented force and idea, in them awaken life-destroying energy - in their mind is only one thought: to hit populated settlements, homes, or residents, make as much damage as possible, desirable with a loud bang. At some moment, they running start downhill the mountain, not caring for themselves, according to their aim, finding that the pain and death of innocent beings that will give their strike, sideshow compared to the great impact that will do. When they are noticed in action, it's almost impossible to do something, Stoneheads will hit where they had in mind. Probably, they themselves can no longer stop -if that they accidentally want it - because they are accelerated by the idea that needs to do damage (plus the enviable mass of their stone heads). The fact that the Stoneheads is most often completely disintegrated in its attack does not soothe the inhabitants of the World of Fantasy, because the Mountains crazy stones have many materials. A 3 format