We Remember the Fallen 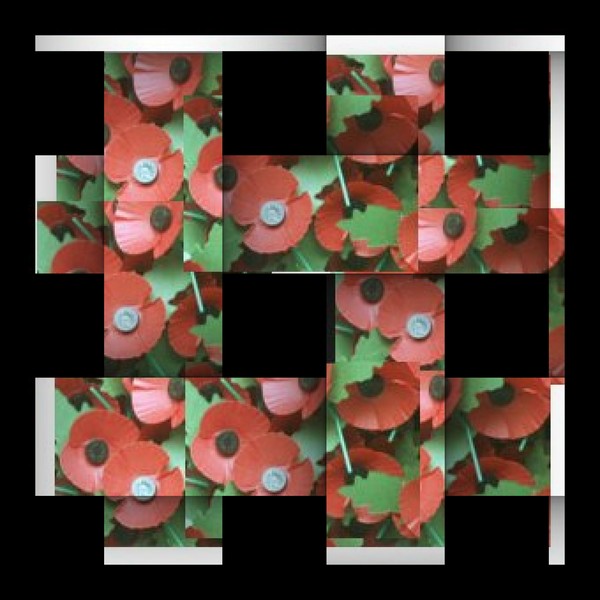 The poppy is a symbol of identification for Veterans Day or Remembrance Day in England. They are worn for several weeks before Nov 11th. You will see almost the entire community wearing them from politicians to schoolchildren. If you have watched TV in the recent weeks, you may have seen British people wearing them in the lapel. I believe Canada does the same. .Scarlet poppies (popaver rhoeas) grow naturally in conditions of disturbed earth throughout Western Europe countries. The Canadian surgeon John McCrae in his poem In Flanders Field realized the significance of the poppy as a lasting memorial symbol to the fallen: . In Flanders fields the poppies blow Between the crosses, row on row, That mark our place; and in the sky The larks, still bravely singing, fly Scarce heard amid the guns below. We are the Dead. Short days ago We lived, felt dawn, saw sunset glow, Loved and were loved, and now we lie In Flanders fields. Take up our quarrel with the foe: To you from failing hands we throw The torch; be yours to hold it high. If ye break faith with us who die We shall not sleep, though poppies grow In Flanders fields By Capt. John McCrae 1915 .The poppy came to represent the immeasurable sacrifice made by his comrades and quickly became a lasting memorial to those who died in the First World War and later conflicts. We shall not forget youwe shall remember&&.. always