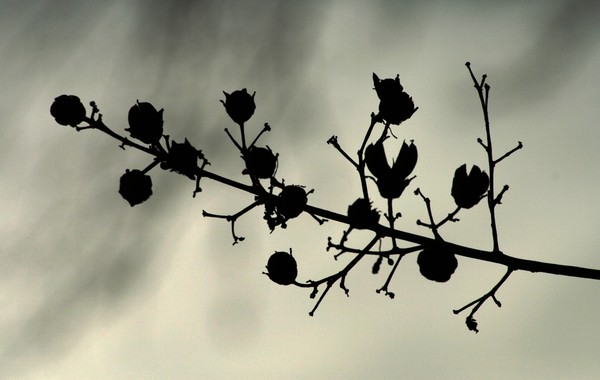 The Common Crape-myrtle Lagerstroemia indica, from China and Korea, was introduced to the United States by French botanist Andre Michaux ca. 1790 to Charleston, South Carolina, where it is today a very common ornamental shrub raised and cultivated in South Central United States, and is growing in popularity. The Giant Crape-myrtle Lagerstroemia speciosa, from tropical India, is a tree which is established only in the warmest areas of the US, such as Alabama, Arizona, California, Georgia, Louisiana, Oklahoma, New Mexico, Texas, and surrounding states. Both species are becoming more prevalent in the home owners landscape designs as well as commercial industries for businesses and municipalities along roadways, highways and byways. They both have become so common it is sometimes almost impossible to tell them apart without laboratory testing. The genus is named after the Swedish merchant Magnus von Lagerström, who supplied Carolus Linnaeus with plants he collected. Source: wikipedia

An incredible and unusual shot for what you say is a common floral. You managed to capture a mystery. Wonderful beauty in the shadowed forms against the hazy backgrd. Cool!

WOW!!!! I never knew so much about the crape myrtle very interesting story line makes the picture that much more interesting what a grand capture love how the background makes the myrtle stand out great capture