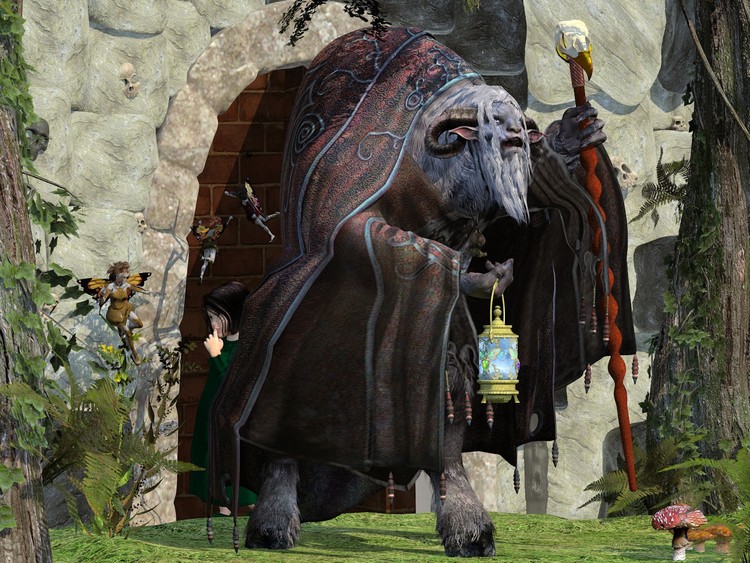 Pan’s Labyrinth was in 2006 a movie that impressed by its tragedy as end and was . The story starts with a little girl Ophelia , daughter of a tailor, that follows her mother with her new friend, the commander of the Spanish troop’s. Mother dies in labour, but her child lives. Here it already shows how cruel the commander is by saying, mother might die, but the child must live. Next to this real story it shows the fiction of the labyrinth. The faun tells Ofelia that opening the portal, where her kingdom is to the underworld and requires the blood of an innocent. He tells her to bring her baby brother into the labyrinth. A must see Oscar winning movie, which brought me to this picture, where Ophelia and the elves going into the labyrinth, behind “Pan”.

Artist Reply: Been busy for 5 weeks for this creation. Every time I thought I was ready, I did see something missing.

Wow, what an extraordinary character, it's spectacular and a bit scary... beautiful details and great render !! Wonderful work Ben !!!

Artist Reply: Thank you Françoise. Your view is right. The movie also is a bit of scary. The goat is sneaky and just wants the blood of a innocent child to open the gate to the kingdom.

Artist Reply: that is true as you see it. But old is sometimes oh so beautiful.