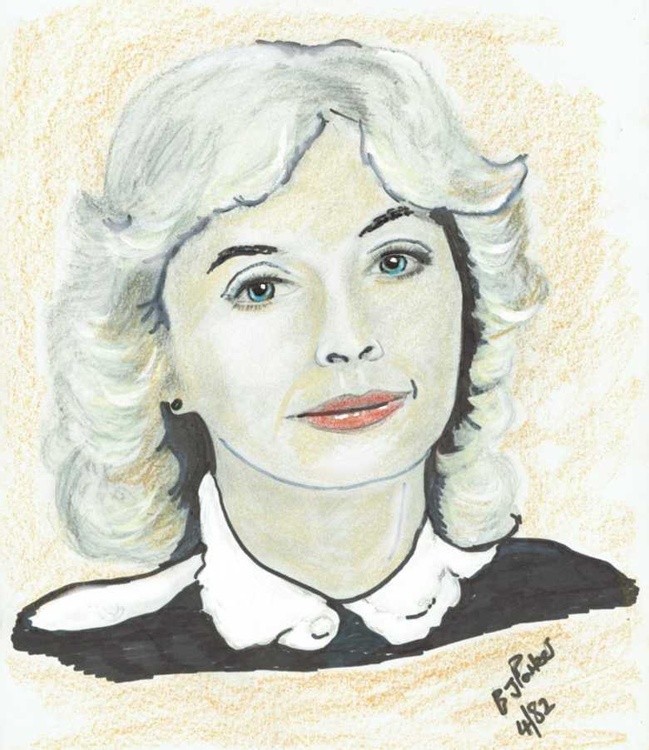 Susannah Yolande Fletcher (9 January 1939 – 15 January 2011), known professionally as Susannah York, was an English actress. Her appearances in various films of the 1960s, including Tom Jones (1963) and They Shoot Horses, Don't They? (1969), formed the basis of her international reputation. An obituary in The Telegraph characterised her as "the blue-eyed English rose with the china-white skin and cupid lips who epitomised the sensuality of the swinging sixties", who later "proved that she was a real actor of extraordinary emotional range" A beautiful woman and a great actor I drew this in 1982 t was a difficult drawing I spoiled it with over lining the edges it has been in my old ones but lately I thought it could help other not make the same mistakes as me foe example like over lining using black lines and never give up what you can't do today tomorrow it will seem easy.