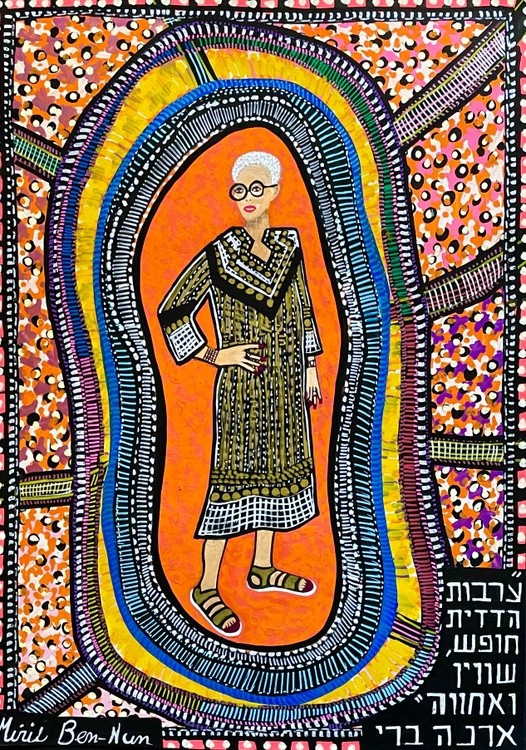 Mirit Ben-Nun believes and feels that art is a vital and necessary function for human existence, it is what enriches the human race. For Mirit it is her everyday language and her wish is that it reaches the one who observes her works of art and allows her to communicate her most positive aspects of creativity, worshiping the highest values of which humanity prides itself. The artist is impregnated with the concept that there is no art without man, but perhaps neither is man without art. It is a kind of soul breathing. Mirit Ben-Nun uses lines and points as an expressive resource and does so by exploiting nuances and associations to their fullest. Some forms follow the same direction and others change constantly, even urgently. Its language is visual and independent of its expressiveness; it lies in the value and organization of its elements. The 'things' of the visual world are unimportant, the point is the achievement of reproduction of the world and human nature. Constantly encouraging creativity. In this case pointillism conveys emotions by the effect of using color, points, lines and thus capturing the attention of the observer. Dora Woda