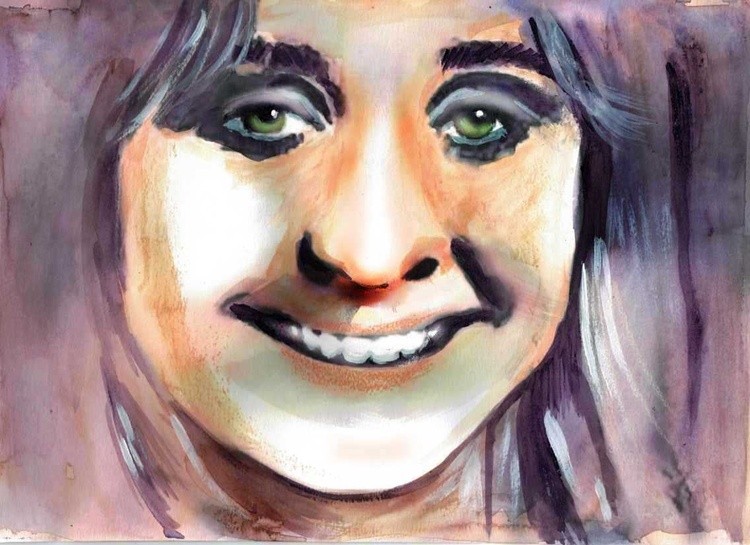 Lulu Kennedy-Cairns CBE (born Marie McDonald McLaughlin Lawrie; 3 November 1948) is a Scottish singer, actress and television personality. Noted for her powerful singing voice, Lulu began her career in the UK but soon became known internationally. She had major chart hits with "To Sir with Love" from the 1967 film of the same name, which topped the Billboard Hot 100, and with the title song to the 1974 James Bond film The Man with the Golden Gun. In European countries, she is also widely known for the Eurovision Song Contest 1969 winning entry "Boom Bang-a-Bang", and for her 1964 hit "Shout", which she performed at the closing ceremony of the 2014 Commonwealth Games in Glasgow.

Brilliantly created portrait artwork of one of my favorite 1960s singers- Lulu. She was married to the late Maurice Gibb of The Bee Gees for a short while. My favorite song of hers is Oh Me Oh My (I'm A Fool For You Baby)- 1969.