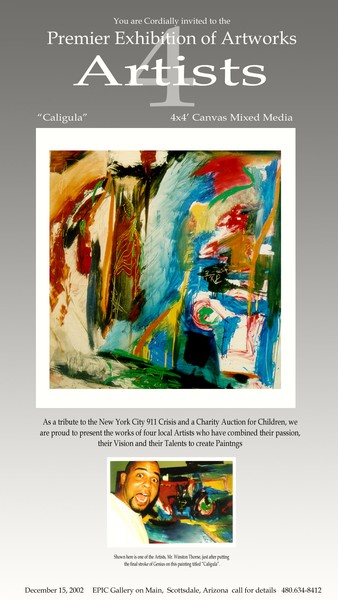 Yes, it was a crazy idea, but it was also very exhilerating to work on the same painting at the same time. We eventually called it the Art Club, fashioned after the movie: Fight Club. We didnt have any rules except one: no double dipping with the same paintbrush. It was a riot.