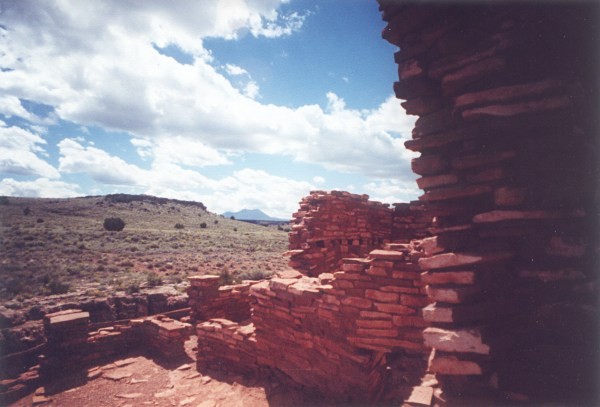 The Wupatki Ruins are just north of Sunset Crater, Arizona. A few days ago, I uploaded a photo of a look out of the picture window of one such ruin. This picture shows the landscape more clearly. The area is characterized by rolling hills in between mountain ranges. The hills are covered with gentle grasses, with occasional small shrubs. The fact that people were able to survive in such a harsh environment is a wonder in and of itself. Many of the peoples who lived here in the past were known as Sinagua (without water in Spanish) because of their ability to survive in spite of the lack of water. © Pat Goltz Thank you for your comments. I greatly appreciate them!