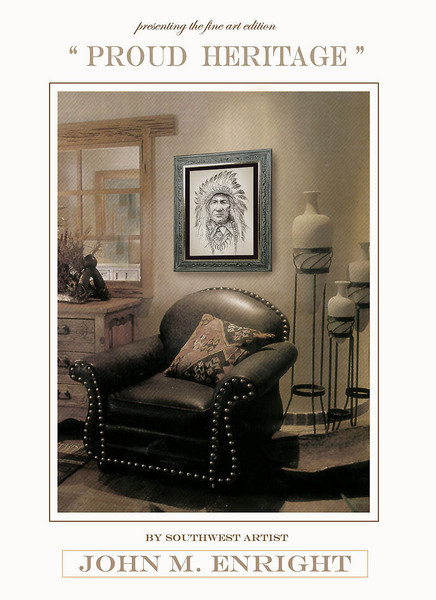 This is a limited edition lithographic print titled "Proud Heritage". It has won a number of awards. The artist's concern was to show the tragedy and dignity of America's first civilization. This is the portrait of a chief, compelled to make a treaty with the US government in order to keep his people from freezing to death during a harsh winter. His logic was sound, but he did not know that the White man had a forked tongue. The artwork is shown framed in an environment in order to show scale.