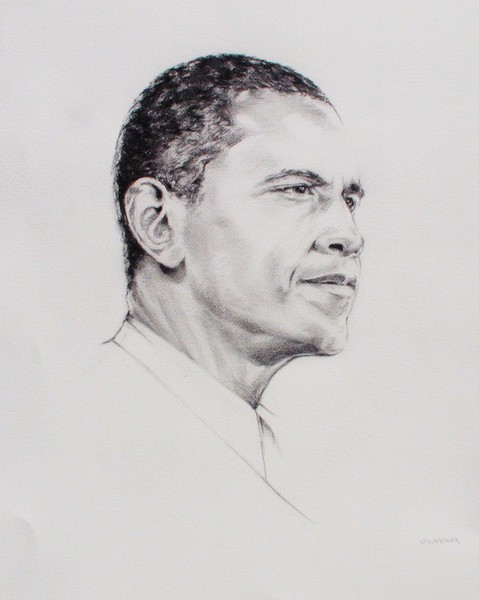 Graphite / Pencil portrait of Barack Hussein Obama II , born August 4, 1961 is the forty-fourth and current President of the United States. He is the first African American to hold the office. Obama was the junior United States Senator from Illinois from 2005 until he resigned following his election to the presidency. He was inaugurated as President on January 20, 2009. Offered as a Limited Edition Giclee' Print / Limited to 440 s/n with 60 AP's / Hand Signed Certificate Of Athenticity...please contact Artist for Pricing and Puchasing Details