Art Gallery of the World of Fantasy, great picture for more stories 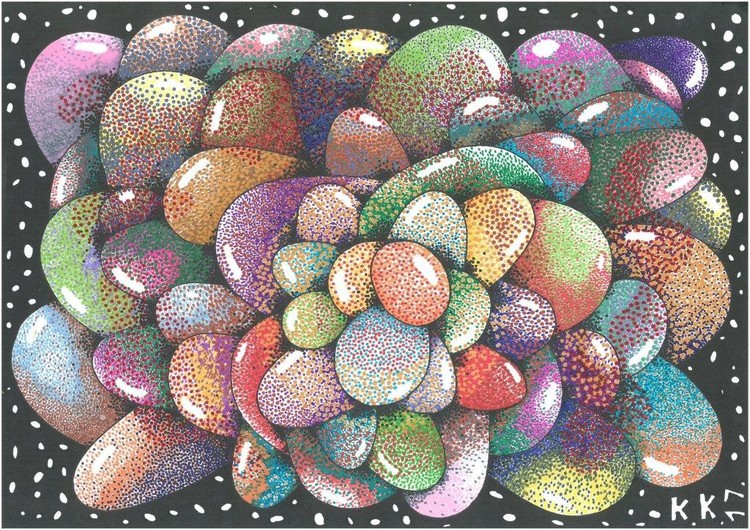 The presentation of a new work in the art gallery of the World of Fantasy attracted many different creatures, whoever who considered that the environment should be experienced as a culturally- built person, was in the public. Cancer Nenad, who was recently enriched by eating dried figs, sat in the first place and wondered what was so remarkable in the colored eggs shown in the picture. Then come Mr. Fric Theory, a prominent art critic, alpha & omega of cultural scene of the World of Fantasy. - You look at the masterpiece of creative art! - he roared a voice which is not contradicted - I had the time to establish that the image contains all the elements of a superior artistic pleasure, but also much more. The number of dots in each egg, if included in any mathematical formula, always gives a score of 5. This can also be claimed for each color. It is well known that the five number indicates creativity in the work - as the hand has five fingers - only the hand genius thought materializes in top art! Cancer Nenad secretly looked at his pliers, two tongs. The thought that he will never become part of the world of art passes like a lightning strike to his body, to the tip of each of his eight legs.