Home / Artists / Charles Jones / Image Detail
Note: Before you can add favorite images, you must be a ArtWanted.com member. Login now or create your free account. 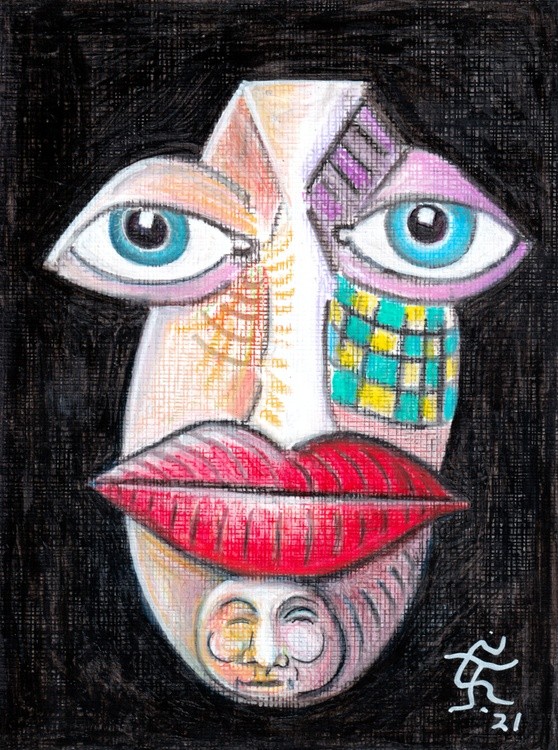 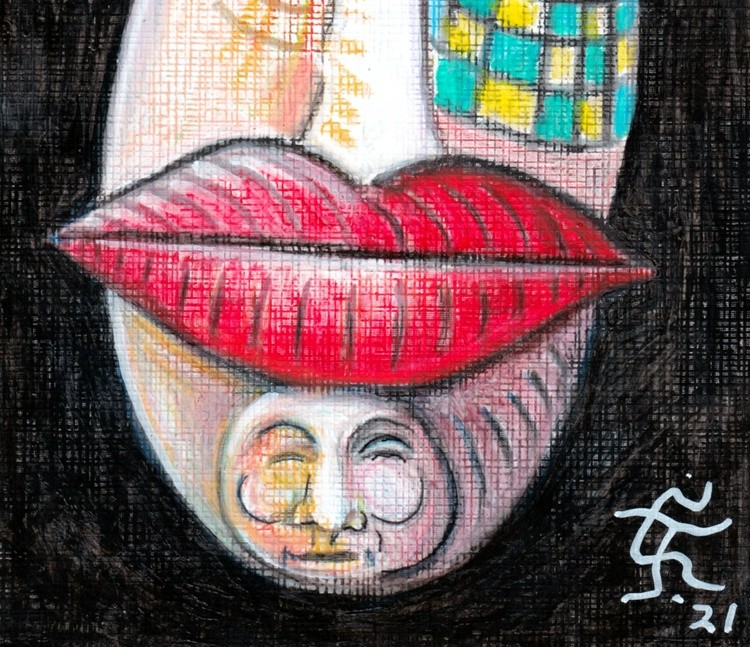 I thought to title this 'Mask Of Revelation' but then thought better of that idea. Yes, it 'could' be considered mask-like and since I, and most of us, do not think of ourselves as belonging to any specific tribe or tribes, the current title emerged. This is also something of an experiment. I had some rather thick canvas paper lying about. In fact, I've had it for YEARS and never did much with it. Then I thought of doing something using my relatively new gel paint sticks. I had the original sketch on my drafting table and started in on it with the gel sticks. During the course of completing this, I also used color pencil, acrylic paint and acrylic paint marker. Instead of using water with the gel sticks, I had some acrylic flow medium which I used instead. This pretty much makes the piece waterproof. Well, to a point. The piece measures 8 by 6 inches. As a first attempt, it isn't horrendous. Hmmm. Not a glowing assessment from Original Jones Art who enjoys doing what he does whatever the result in northwest Austin, Texas.

I like the texture of the canvas paper! I enjoy painting on canvas paper but have never tried gel paint sticks, pencils, etc. Wonderful result you achieved!

Artist Reply: I have another sheet prepped on the clipboard but haven't started yet, Ginger. Yeah, it's like painting and drawing meshed. Hope you are having a good to great Thanksgiving Day. :)

I recall Michael Jackson wearing a mask at several functions,well before our time of Covid ,,,,,,