Conversing Amongst the Trees 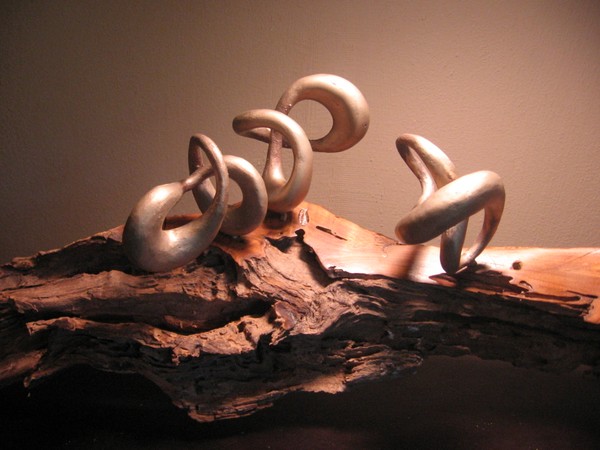 Three small bronze line forms grouped on driftwood create a very natural image. Text and language are personally interesting. Originally the bronze elements were part of a series of pairs. Each pair displayed identical line, but their contrasts in volume were reversed between the two. The individual bronze is a signifier of some word or message, while its opposite represents that same word or message in another language or dialect. The differences in volume then become linguistic ques like inflection, or the difference in grammatical construction between languages. In the end I was without a solution as to how to get any of this across with only simple abstract forms and I needed to present them. I had a great piece of driftwood that had been passed along, waiting for someone to make use of it. I sanded some flat plains into it, eurythaned them, and mounted the bronze...a drastic departure from the original intent resulted in somthing that just seemed to work. Oh well. I hope you enjoy it.