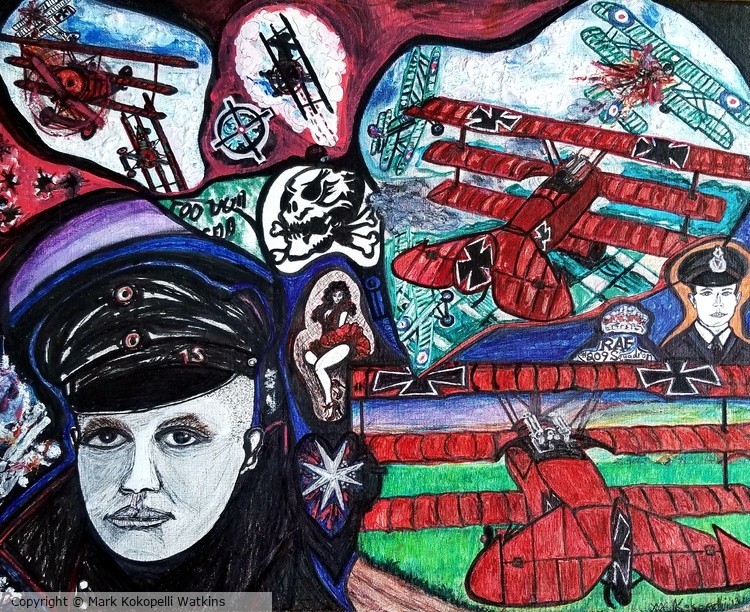 On April 21st, 1918, the Red Baron(age 25), was shot down, and died from one single .3o3 caliber bullet, over allied lines near the Somme River, by Captain Authur "Roy" Brown,...a Canadian Pilot in the Royal Air Force,...flying a Sopwith Camel and saving one of his novice Lieutenants in his RAF Squadron! By this point, the Red Baron had shot down 80 confirmed Allied planes. He did manage to land his tri-plane in the fields protected by the Australian Imperial Forces!

Beautiful and brilliant, Mark. Don't know how l've missed your work, but it is so vibrant and dynamic, very impessionistic. Adding you to my favourite artists list.

unforgettable story of the RED BARON ...

Artist Reply: My grandpa Earlywine fought in Europe, based with the U.S.Army Airforce in Britain,...a pilot and mechanic of our our bi-planes! Fortunately, he survived!

Artist Reply: So very true Nira! Peace between all allies,......even better, for our War-torn world!