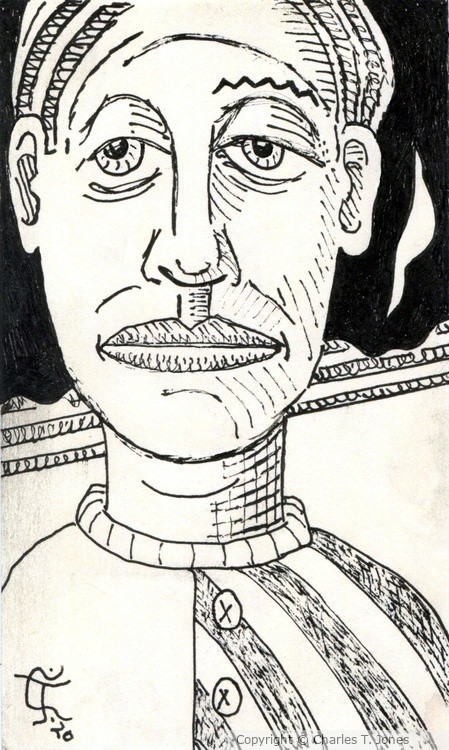 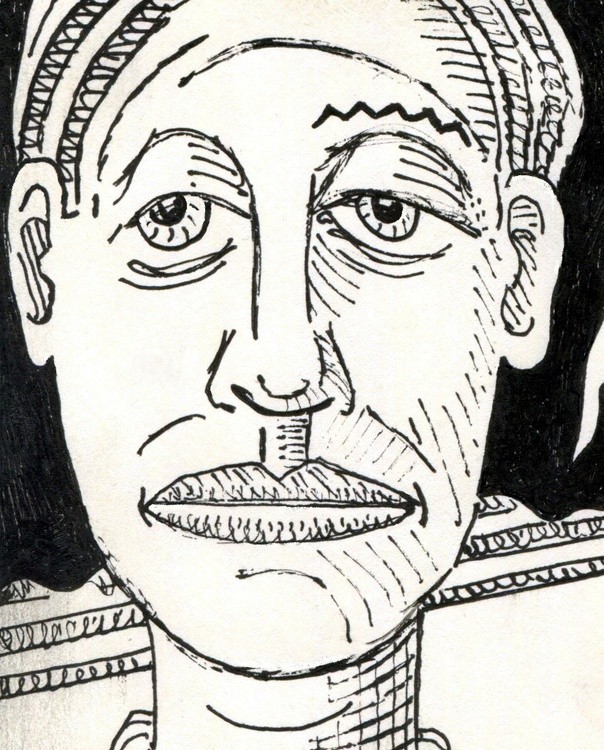 I would imagine that, when push comes to shove, one would rather have a person of rather calm demeanor who's dependable and trustworthy than, say, the flighty sort who basically only reacts to situations which negatively impact him or herself. Though surface facades can be rather deceiving, it's the action that proves the pudding. This is a 5 by 3 inches sticky drawing using gel pen and is another of those easily discernible examples of Original Jones Art that continue to fill notebooks in northwest Austin, Texas.