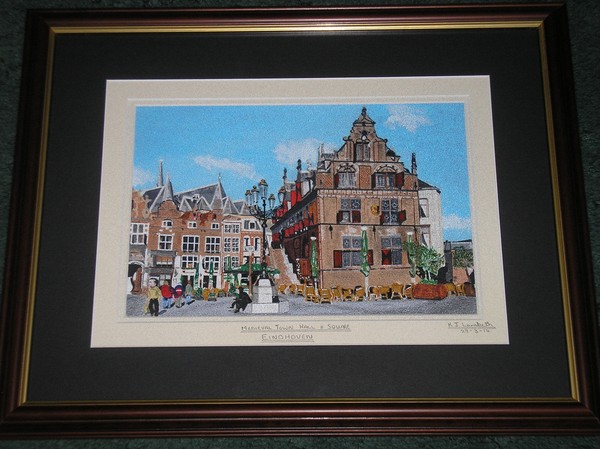 Beautiful Medieval Town Hall and Square at Eindhoven, about 20 miles south of Arnhem in Holland. In 1944 when the 10,000 airborne soldiers fought at Arnhem, 30 armoured core were supposed to link up with them from the south. The Airborne soldiers were to hold the bridges for 48 hours before linking up with 30 core. As it was 30 core did not arrive. If they had have it might have had a different outcome? Or there again Eindhoven is such a pretty place they may have decided to stop for a beer!!!!!!!!!.